We are using the opportunity of the solstice on December 21st to create a portal through which we will unify our consciousness and trigger the process that will lead us one step closer to the liberation of the planet.

We can reach the critical mass of 144,000 people doing this activation!
​We can even reach one million! This will create a massive healing chain reaction in the energy field worldwide.

This activation helps the Light forces to ground the energy of Light on the surface of the planet to further stabilize the positive timeline. Number of people doing that activation is the single most influential factor within the power of the surface human population for speeding up the process.

We are counting on each of you to make this happen!

​We will be doing this activation as a two-step process:

1. Signing the Planetary Liberation Petition below, and
2. The Meditation itself on December 21st, 2021 at 4 PM UTC.

This two-step trigger will have the maximum effect on the planetary situation possible.
​
We need 144,000 signatures by December 21st to trigger the desired positive effect. 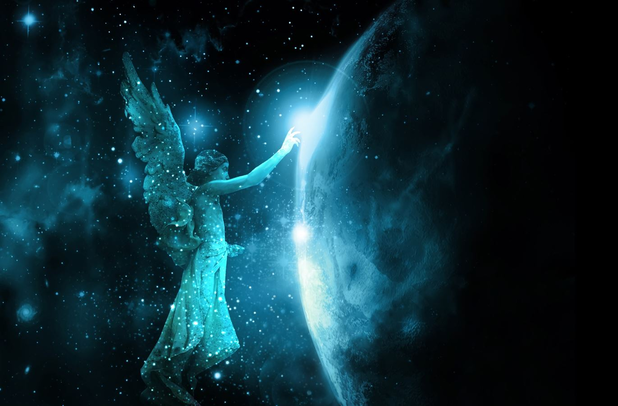 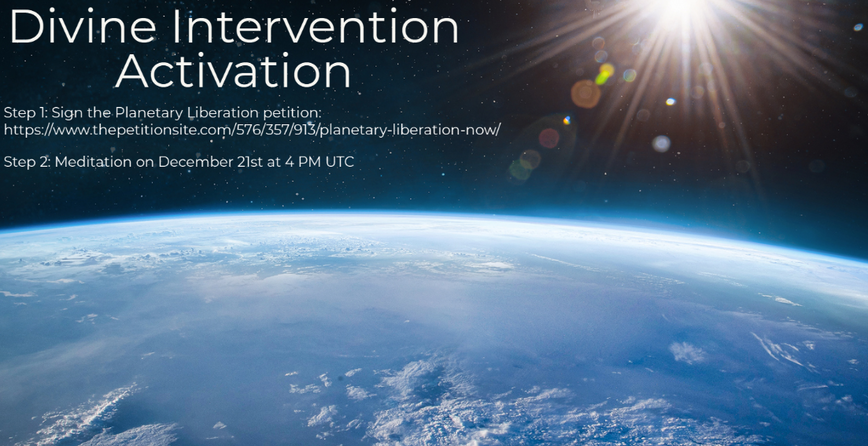 We will be doing the Divine Intervention Activation at the best possible moment that will have the maximum positive effect on humanity, at the exact moment of the solstice on December 21st, 2021 at 4pm UTC.

​This equals the following times worldwide:
​ 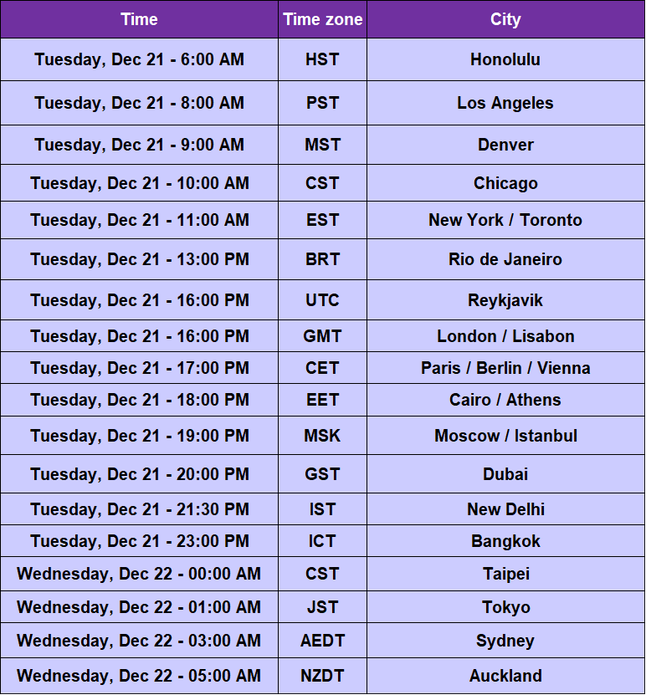 FIND YOUR TIME OF MEDITATION >>
At the exact time of meditation stated for your location, sit in a comfortable position and follow the instructions for meditation below:

Instructions for the meditation on December 21st

2. State your intent to use this meditation as a tool to co-create the trigger that will start the process of First Contact with benevolent Galactic beings and Divine Intervention.

6. Visualize benevolent Galactic beings responding to these decrees and physically contacting you and all others who made the same decrees. Visualize the Source directly intervening into the situation on Earth, triggering an intense healing transformation of humanity. Visualize Light transmuting all remaining darkness on Earth, healing all inequalities, erasing all poverty and bringing abundance to all humanity. Visualize a new grand cosmic cycle of the Age of Aquarius beginning, bringing pure Light, Love and Happiness to all beings on Earth.

(Suggested duration of this meditation is 20 minutes.)

​Signing of the petition is important because if a critical mass of 144,000 people signs the petition, this will be the first physical expression of the collective will of surface humanity in human history that contact and intervention is desired.

By signing the petition, we are using our free will to create an energetic bridge between the surface of the planet and the forces of Light that live beyond the surface.

This energetic bridge will speed up the process.
​
The physical act of signing the petition is important because we wish to manifest change on the physical plane, therefore, simple inner dedication is not enough.

You are not doing this only for yourself, you are doing this for the whole humanity.

(For those who are worried, you do NOT need to sign the petition with full name displayed.) 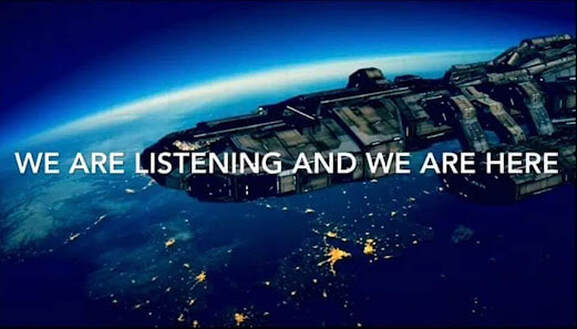