Time of our Age of Aquarius activation is slowly approaching. We have managed to stabilize the planetary situation last weekend with Peace Meditation at the exact moment of Eris Pluto square.

But before we get to our Age of Aquarius activation, there is another significant astrological event happening on June 21st - the annual Solar eclipse. 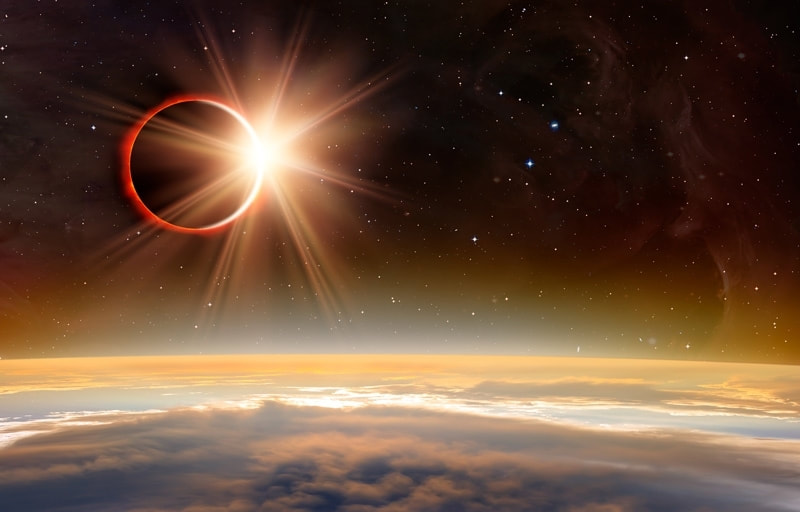 We will use the energy of this Solar eclipse to meditate and visualize reaching the critical mass of over 144,000 people participating in our main meditation for the Age of Aquarius activation on June 29th /30th.

By connecting the Consciousness and Intent of FIVE MILLION SOULS with the Solar Ring of Fire Eclipse on June 21st we will ignite and accelerate the unfolding of the grand vision of 5D Earth we are holding.
​
It is time for the power of Solaris (our Sun and Galactic Central Sun) to liberate and heal our world as we arm ourselves with the radiance of a thousand suns.

Light Forces are asking as many people as possible to do this preparatory booster meditation at the exact moment of the Solar eclipse, on June 21 at 06:40 UTC, which you can convert to your timezone here:
​
Check the time of the meditation for your time zone here
For Western part of the American continent, the time of meditation is Saturday June 20, 2020 at:
11:40 pm PDT in Los Angeles and San Francisco,

Instructions for the Solar eclipse Meditation:

2. State your intent to use this meditation as a tool to reach the critical mass od 144,000 people meditating for our Age of Aquarius Activation part 2 on June 30th.

4. Visualize a pillar of brilliant white Light emanating from the Cosmic Central Sun, then being distributed to Central Suns of all galaxies in this universe. Then visualize this light entering through the Galactic Central Sun, then going through our Galaxy, then entering our Solar System and going through all beings of Light inside our Solar System and then through all beings on planet Earth and also through your body to the center of the Earth.

5. Visualize this Light activating Soul star chakras of millions upon millions of people, presenting them with the possibility of joining Age of Aquarius activation. Visualize those who feel so guided actually participating, their number exceeding the critical mass, and the activation itself having a massive positive healing effect for all sentient beings on Earth and stabilizing the Age of Aquarius positive timeline.

Suggested time for our meditation is 20 minutes.
​

90 minutes after the meditation, the Solar eclipse zone of totality will reach Chiayi city in Taiwan and activate a very special Dragon Vortex near Chiayi, which will give the necessary positive energy boost into the planetary energy grid.

In the days following that, and until the main meditation on June 29th/30th, energies will begin to rise and will culminate at the exact moment of our Age of Aquarius activation.

In the moment of our Age of Aquarius activation, the double Goddess Vortex of Paris/Versailles will be reactivated after more than two centuries of dormancy, and this will initiate the next phase of the return of the Goddess for the planet.
​
​​Make this viral! Share it worldwide!
​
Please post it on your websites and blogs. Invite spiritual groups to join us. If you know an alternative media outlet, you can send it to them. You can create a Facebook event for your local group of people doing this in your part of the world. We also need one main Facebook group for this event. You can create a video about this and post it on Youtube.

Together we can make this information viral and create a huge positive impact!
​